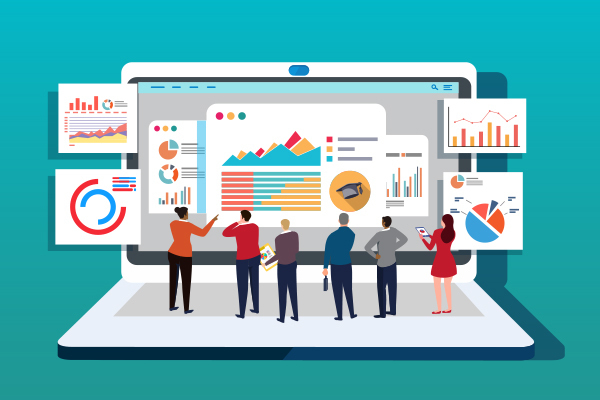 (Education Week) April 2, 2019 –– Allendale County's school district sits in South Carolina's Lowcountry, in an impoverished, rural region near the coast known as the "corridor of shame" for the chronic poor quality of its education system. Until recently, three of the district's four schools were considered among the lowest performing in the state.

But after an assist beginning more than a year ago from the state—which is working to rebrand the area as the "corridor of opportunity"—two of those schools made it off the state's list of the lowest performers. Another remained, but showed improvement, going from needing intensive interventions to the lesser designation of "unsatisfactory." That's thanks in part to using a school improvement plan the district and South Carolina say is grounded in research.

"Growth is taking place in this school district," Margaret Gilmore, the superintendent of the 1,150-student district said. "We are a prime example that if you put systems and processes in place and implement them with fidelity, you can transform schools."

Next school year, district and school leaders across the country will begin trying to pull off the kind of improvement efforts already underway in Allendale. And, thanks to the Every Student Succeeds Act, they'll largely be able to chart their own turnaround course—as long as at least part of their plan is backed by evidence.

It's a big opportunity for state, district, and school leaders to show that they can tackle one of the most intractable problems in K-12 education. But not everyone is going to be up for the challenge, at least initially, experts say.

"Some of what my fear is—at least at the district level—is that the interpretation of evidence-based intervention leads to, 'What do we purchase and what do we buy?' " said Carlas McCauley, the director of the Center for School Turnaround at WestEd, a research and educational services organization. "If that continues to grow, then I think we're going to all look back five years from now and say, 'What happened to that opportunity?' "

Others have noticed a dearth of available evidence-based interventions and a lack of information in state ESSA plans about how states will fix low-performing schools.

ESSA directs states to set aside at least 7 percent of their Title I money, which is geared toward disadvantaged students, for school improvement, up from an allowable 4 percent under the No Child Left Behind Act.

Low-performing districts that get a piece of the federal cash must choose an intervention that's backed by what the law defines as either "strong," "moderate," or "promising" evidence. Districts that don't get federal funding to fix their lowest-performing schools must pick a plan that has a rationale behind it, and then study it carefully to see if it's working.

Some state chiefs say this portion of their ESSA plan is a work in progress. A team working on North Dakota's plan will likely be revisiting evidence-based interventions later this spring, said Kirsten Baesler, the state superintendent of public instruction.

The state planned to build on that part of its plan from the beginning because "we knew we needed more information before we could really do something impactful and of substance," Baesler said.

State officials overwhelmingly told the Center on School Turnaround that they want assistance in helping districts and schools with evidence-based interventions. In fact, it showed up as a top ESSA need in back-to-back surveys, conducted in 2017 and 2018 by the Center

For now, implementation of the requirement is likely to be uneven across the country, said Sara Kerr, the vice president of education policy implementation at Results for America, which works with states on ESSA implementation.

"I'm confident that a subset of states are using the leverage that they have in ESSA to regularly and more rigorously evaluate and oversee their districts and schools in making evidence-based decisions," she said. "Do I think that there are equally, if not more, states that are probably still sort of doing a check-the-box compliance version of this? I think yes, that's probably true as well, but there are a subset of states that are being much more thoughtful."

In Louisiana, the effort to turn around schools is sweeping: 400 of Louisiana's roughly 1,300 schools have been flagged in some way, or about a third of schools.

"We're getting everybody involved," said Kunjan Narechania, the state's assistant superintendent of school improvement. "This feels like a statewide effort to districts. It's the most important thing the department is working on with them."

The state is emphasizing things like: What curriculum is in front of the student? How well is the teacher trained on that curriculum? What tests are being used to measure student progress? Where can teachers seek support?

The state gives out all $30 million of its school improvement money competitively, and if districts don't have strong answers to questions like these, they could miss out on funding. To make life easier for districts—and to help ensure that their federal funds are helping to support similar priorities—the state has a single application for federal funds, instead of requiring districts to fill out separate forms for each.

Louisiana is encouraging low-performing schools to identify "content leaders" who other educators can go to for help with curriculum. And the state has teams that visit classrooms to see where a district's plan is working and where it might need to be tweaked.

"We're not playing a gotcha game with teachers," Narechania said. "It's a way to understand what is the teacher thinking in instructing this group of students" in order to help the district support educators.

Massachusetts has long been held up as an example in supporting districts in turning around schools and in closely studying those efforts to figure out what works and what doesn't. But the state took on an extra challenge under ESSA, essentially doubling the number of schools that it is working with, from around 75 in the past to 155 this school year.

The Bay State is also adding an extra category not required by ESSA: schools in the 10th percentile. And each of the district and school plans must include an element that is backed by "promising" evidence, at a minimum—which for many schools is more than ESSA requires.

The state makes regular site visits to turnaround schools to give them an outside perspective on how their implementation is progressing. And it pores over data, including in schools where students are improving rapidly.

"We're looking at all that information and trying to be clear with the field about what is working in successful schools and showcasing what that looks like in those schools," said Erica Champagne, the director of the state education department's office of effective practices in turnaround.

Nevada has gone all in on evidence-based interventions, requiring districts looking for both federal and some state funding to meet ESSA's evidence requirements. Districts that want money for curriculum and professional development must meet one of the top three levels of evidence.

The state held a "speed dating" event to connect districts with partners offering strategies that fit the bill. It created a list of suggested interventions for schools, but districts can also pitch their own strategy, if they can show that their proposal also meets ESSA's evidence bar.

The student-achievement results aren't in yet. But the state thinks the new strategies are promising. What's more, 100 percent of the strategies funded using federal school improvement dollars meet those higher levels of evidence, up from just 15 percent a few years ago. Districts in some of the most remote parts of the state as well as larger districts are beginning to see a cultural shift when it comes to school improvement.

But there's been some pushback from other districts that feel that the state is being too restrictive.

"I think the perception is you guys are forcing us to partner with people on the list," even though that's not the case, said Seng-Dao Yang Keo, the director of the office of student and school support at the Nevada education department.

And some districts have had difficulty understanding the state's latest push: rigorously evaluating whether the strategies schools selected are nudging student achievement.

For instance, two large districts have been reluctant to bring in outside evaluators to study the interventions they've chosen, including intensive coaching, even though the state offered to fund an evaluation.

"Education leaders stop at, 'We are spending money on things that have a research base' or 'There's evidence around this intervention.' They stop there," as opposed to looking closely at the impact on student achievement, Yang Keo said. "So that's where we are pushing forward. I think ESSA has given us the leverage," she said. "It gets to the heart of, are we spending money on things [that really] work, does it improve student outcomes?"

Even before ESSA passed in late 2015, South Carolina had been pushing on a new initiative for its lowest-performing schools, centered around its "transformation coaches." The state connects every school flagged for comprehensive support with an in-house turnaround expert, typically a former principal, assistant superintendent, or other instructional leader.

The coach helps the school come up with an improvement plan that's backed in part by strong research as verified by the state or district—and more importantly, sticks around to help with implementation of the plan. (The Palmetto State was inspired by a similar program that's been operating for years in Kentucky.) Coaches, principals, district officials, and even teacher leaders get regular training from the state and meet in small, regional cohorts where they can examine the research and swap ideas.

The results so far are encouraging: After two years of the program, only six of the 38 schools that started out in the state's bottom 5 percent are still there.

The state is putting a lot of emphasis not on what gets put in place but how it plays out, said Latoya Dixon, who directs the state's office of school transformation.

"Schools will abandon an evidence-based strategy," Dixon said, but the reason it may not have worked may have to do with implementation, she said.

And when it comes to perennially struggling schools, South Carolina is looking beyond the school itself. If the district's finances are shaky, or if a lot of its other schools have been in academic need, the state may look for broader, systemic problems.

"We recognize that district problems trickle down to schools," Dixon said. "If the system is broken, then there is a ceiling to how much improvement they can make."

Published in Print: April 3, 2019, as States Scour the Research for Proven School Fixes